One of the highlights of the Festival is undoubtedly The running of the stallions. Strutting like peacocks, eyes wide, nostrils snorting, tails held high, it truly is a sight to behold!

A description of Welsh cob Action
Free, true and forcible. The knee should be bent and the whole foreleg should be extended straight from the shoulder and as far forward as possible in the trot. Hocks flexed under the body with straight and powerful leverage. 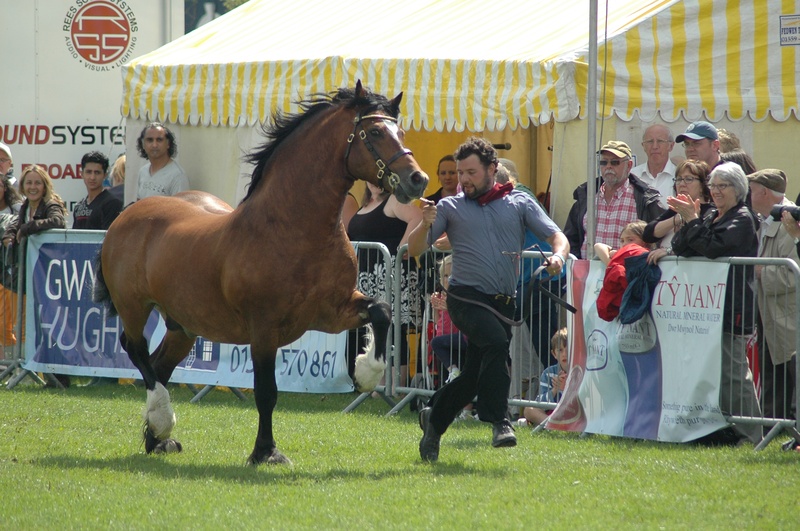 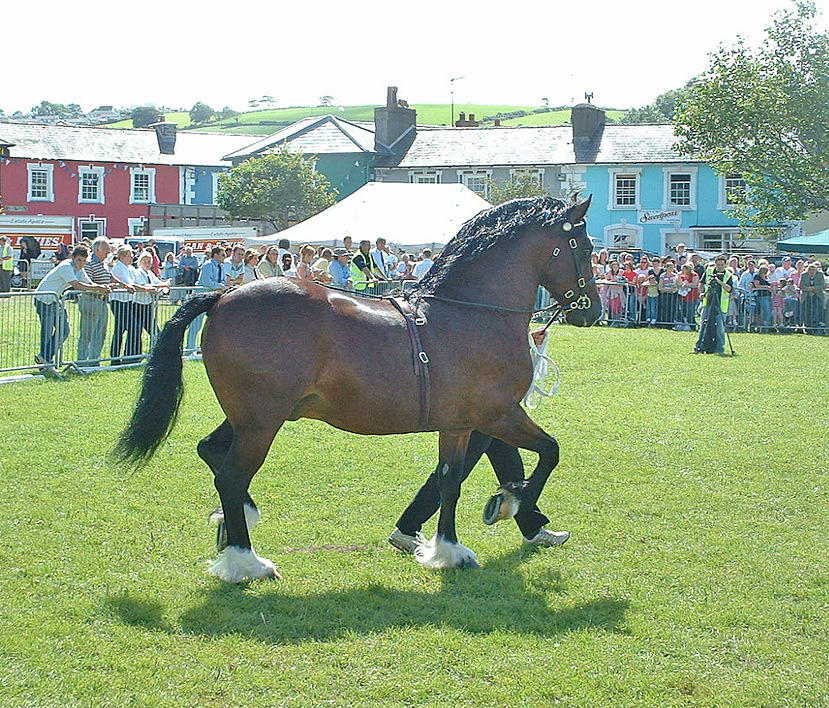 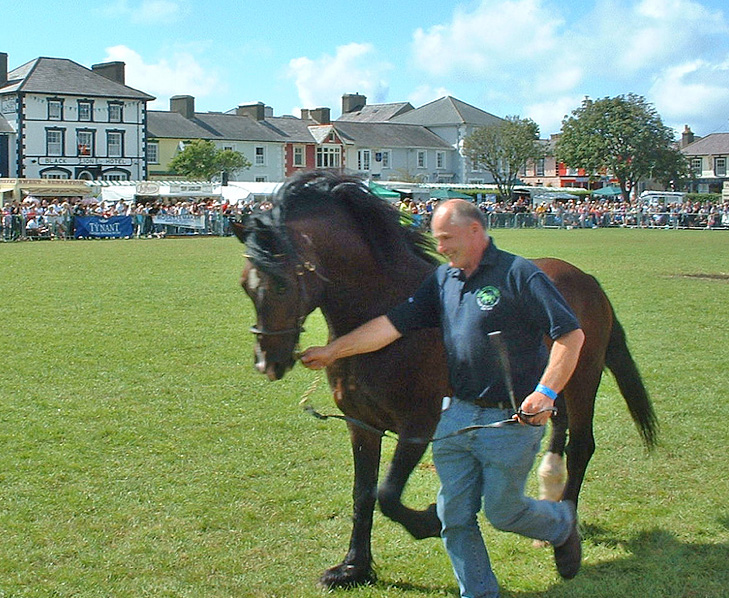 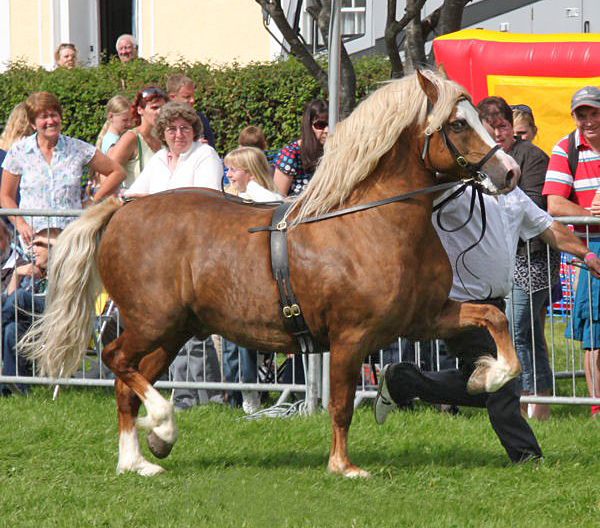 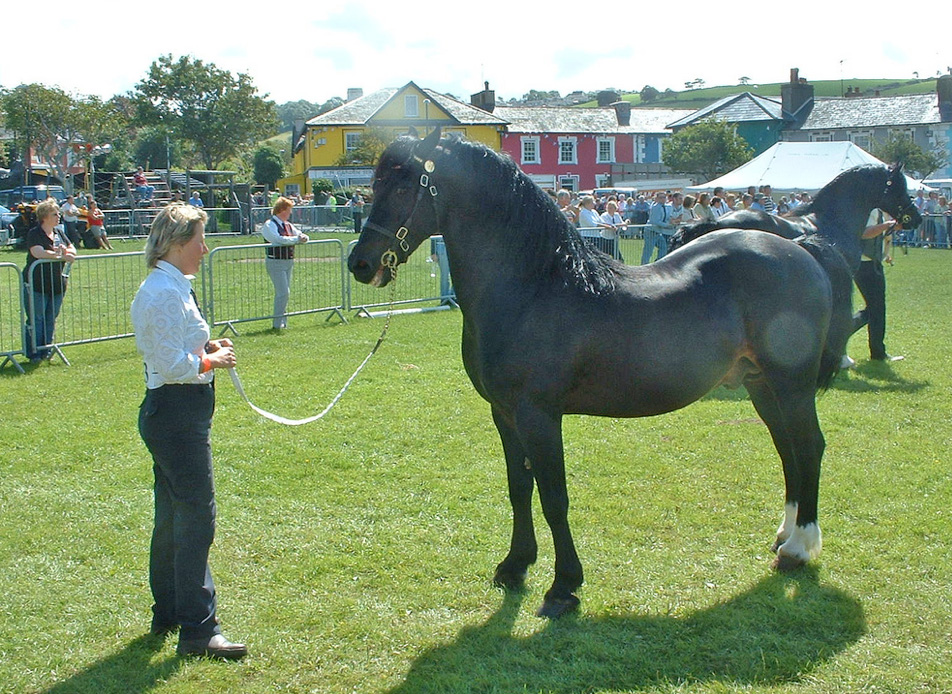 Julie Evans of the Haighmore Stud at the Running of the stallions.